Washington, D.C.,
September 21, 2015 – Presidential hopeful Ben Carson stated on NBC’s Meet the Press yesterday, “I would not advocate that we put a Muslim in charge of this
nation,” and.” I absolutely would not agree with that.” 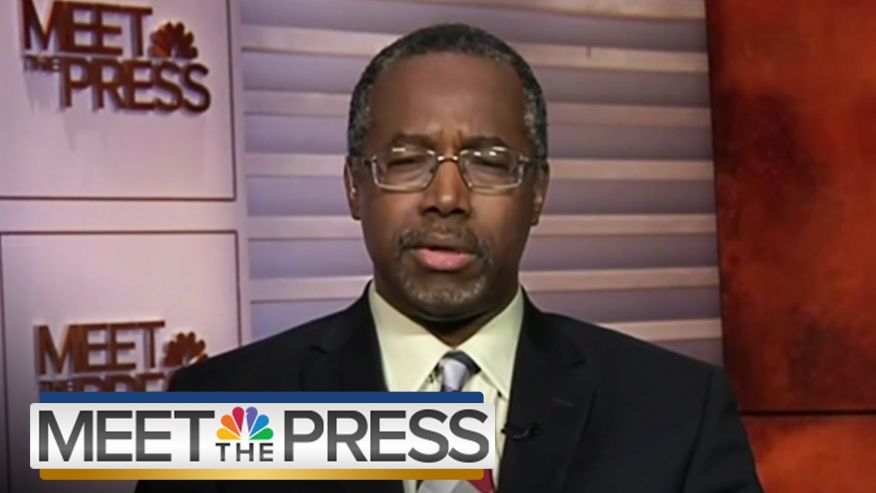 As an American Muslim, I
was hoping that other Republican candidates for President would not out-trump,
Trump in making inappropriate, ugly remark. Look who did it this time.  It’s Doctor Ben Carson. He is a great neurosurgeon
and deserves respect, but he has crossed the line by advocating denying the
right to a Muslim American in the future to be the president, a right which is
guaranteed under the Constitution to all Americans who were born in the U.S.,
without regard to their religion.

He does not get what America is all about – You don’t
indict an entire community for the criminal acts of a few.  He should know better as the African
Americans have been the subject of discrimination and guilt by association for
a long time.  If Rev. Martin Luther King,
Jr., was alive, he would not have been happy with Ben Carson for judging the
character of others based on their faith alone.

Can Dr. Carson answer
this question that was recently posed by a man from Dallas, “I am an
African American Muslim born and raised in this great country; where am I in
your vision of Making America Great Again?”
When Black Americans
were enslaved, and did not have any rights, President Lincoln debated between
being reelected and doing what is morally right; he chose the higher moral
ground and issued the Emancipation Proclamation which began the process of
freedom for millions of African-Americans. He will be remembered for eternity
for standing up for the rights of all Americans, even a minority who did not
have any rights at that time.

Later, the Women’s suffrage bill was passed, giving the usurped rights of women
back to them. Now women from both major political parties are running for the
Presidency. As we have progressed, we have restored the inalienable rights of all
Americans and we cannot go backwards.

“It is time for Ben
Carson to issue an apology for having trampled upon the constitutional rights
of a segment of the U.S. population or quit his quest for Presidency” added
Ambassador Islam Siddiqui, President of the American Muslim Institution.

American
Muslim Institution is based in Washington, D.C., and is a proactive voice for
American Muslims.