MENUMENU
Spread the love
MEDIA RELEASE
Contact: Mike Ghouse
(214) 325-1916 | Washington DC
[email protected]
Website: www.AmericanMuslimAgenda.com
A Muslim Woman for President of the United
States
January 15, 2019, Washington, DC –
Dr. Mike Ghouse, president of the Center for Pluralism, announced the release
of the new book, “American Muslim Agenda.” The book is available at Amazon.
Why a Muslim Woman? Why should we
set the goal to elect a Muslim woman as the president of the United States of
America in 2036? One of the many ways to pull ourselves up by our bootstraps is
to look at our history and revive the model created by Bibi Khadija (Prophet’s
wife); she made things happen, and she will open the door of integration with
ease. 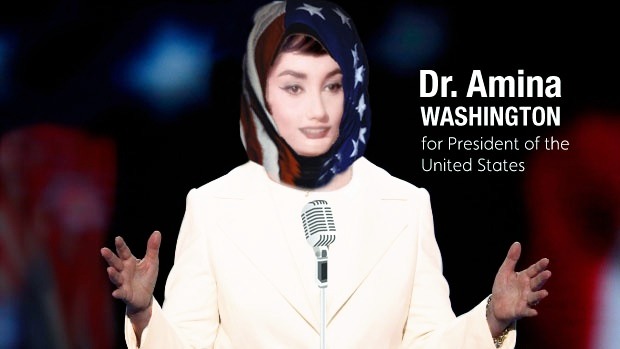 The book is a product of years of research
and public engagement with Sean Hannity, Stuart Varney, Laura Ingraham, Greg
Guttfield, Megyn Kelly, and along with other commentators such as Pamela
Geller, Brigitte Gabriel, Robert Spencer, and nearly 15 right-leaning guests.
Thanks to the media, both the
conservative and progressive for presenting different points of view on Islam.
I urge fellow Muslims to be open to criticism of Islam, the Quran, and the
Prophet. Without any doubt, you will gain confidence when you gracefully
address the toughest questions of fellow Americans. We owe the answers!

American Muslim Agenda is a primer,
a blueprint, a road map for American Muslims to consider.  It took 18 years to complete the book replete
with verses from the Quran and supported by Prophet Muhammad’s practices.
Everything begins with a dream and a
vision. Nothing ever has been accomplished without a roadmap. As American Muslims,
we have not developed any concrete plans to extricate ourselves out of the
chaotic situations, hostility and incessant Islamophobic rhetoric we face. Each
time a terrorist acts out, we start praying and wishing that the terrorist not
be a Muslim, and start blaming the media for misrepresenting Muslims.
We are American Muslims, and we can
do better than that.
#
# #