Executive Committee
Board of Directors 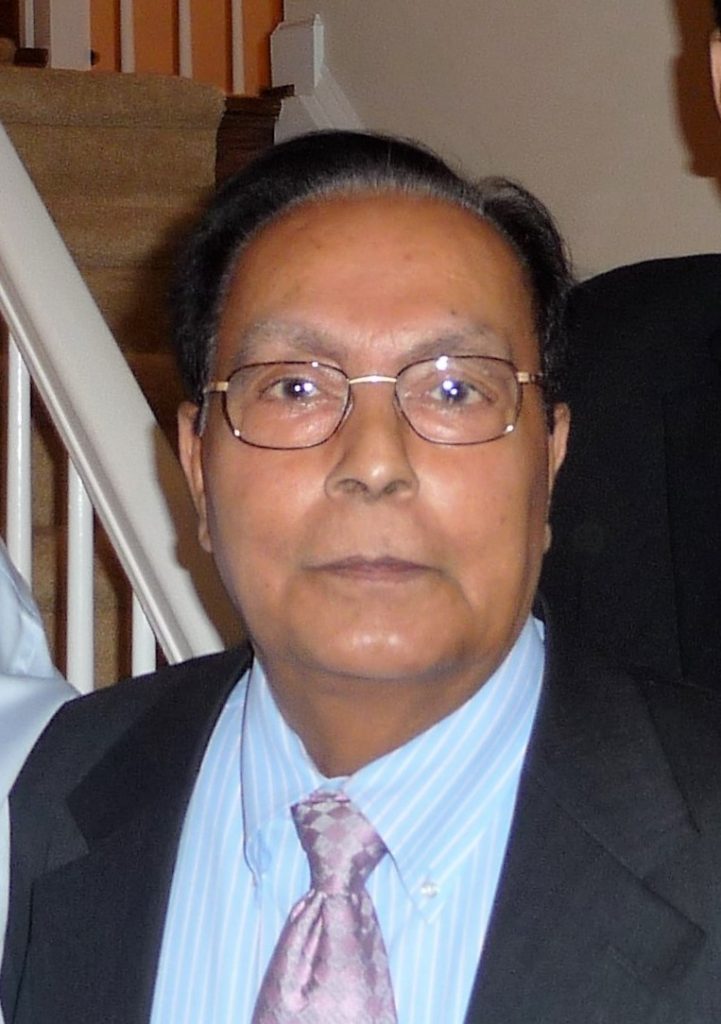 DR. AQUILUR RAHMAN
CHAIRMAN OF THE BOARD Dr. Aquilur Rahman is one
of the founders of the Montgomery County Muslim Council and the Montgomery
County Muslim Foundation in Maryland, and served as Chairman of the Boards of
Directors of those organizations for four years. He is deeply involved in
various civic, humanitarian and grass roots political activities.  In addition he supports many NGO’s which are
engaged in philanthropic work in Pakistan as well as in America. He established
a Trust Fund with other friends at the University of Karachi Alumni Association
which has now raised over $1 million and distributes at least 250 scholarships
per year to students at various academic institutions in Karachi, Pakistan.

He strongly supports those organizations which are working to raise
Muslim-Americans’ awareness and helping them to find their legitimate place in
their adopted country. In the political arena, he is highly involved with local
Maryland and Federal elected officials.

Thereafter he joined the National Institute of Health in Bethedsa, MD, and then
moved to Georgetown University, Lombardi Cancer Center in Washington, D.C., as
Associate Professor. He has been deeply involved in innovative works in the
area of cancer therapeutics. He has been involved in the development of a
number of drugs took quite a few drugs in the clinic as new therapies for
cancer patients. He holds more than 16 patents covering a wide range of cancer
therapeutic.

Dr.
Rahman founded a publicly-traded biotech company, NeoPharm Inc., in 1996. He
served as Chief Scientific Officer, and a member of the Board of Directors. In
his capacity as Chief Scientific Officer, he took multiple drugs to the clinic
for cancer therapy and contributed greatly to the company’s success.  Currently, he serves as the President and CEO
of N&N Pharmaceutical Inc., a company developing novel antiviral agents for
infectious diseases.
Dr.
Rahman lives in Potomac, MD, with his wife, Rukhsana. They have one daughter
and one son and a grandchild. 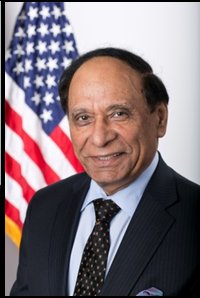 Ambassador
Islam A. Siddiqui left the Obama Administration in February 2014 after serving
for four years as Chief Agricultural Negotiator with the Office of the U.S.
Trade Representative. He was responsible for bilateral and multilateral
negotiations and policy coordination regarding agricultural trade, including
the TTP, TTIP and WTO negotiations. In this capacity, Dr. Siddiqui played an
active role in the successful 2013 WTO Ministerial meeting in Bali, Indonesia.

Between 1997 and 2001, Dr.
Siddiqui served in the Clinton Administration in several capacities at the U.S.
Department of Agriculture: as undersecretary for Marketing and Regulatory
Programs; Senior Trade Advisor to Secretary Dan Glickman; and Deputy
Undersecretary for Marketing and Regulatory Programs. As a result, he worked
closely with the USTR and represented the USDA in bilateral, regional and
multilateral agricultural trade negotiations. Before joining the USDA, Dr.
Siddiqui spent 28 years with the California Department of Food and Agriculture.

Dr. Siddiqui was the first President and founding member of the United Muslims
of America (UMA) in 1982. UMA and its sister organization, UMA Interfaith
Initiative, continue to promote political and civic engagement and foster
interfaith understanding in the San Francisco Bay Area to this day. In
addition, he served as President and Board member of the Sacramento Muslim
Mosque Association in the early 1990’s.
Currently,
Ambassador Islam A. Siddiqui is serving as a Senior Adviser for Global Security
at the Center for Strategic & International Studies (CSIS).  He earned M.S. and Ph.D. degrees in plant
pathology, both from the University of Illinois at Champaign-Urbana. He
received his B.S. (Hon’s) degree in plant protection from the G.B. Pant
University of Agriculture & Technology, Pantnagar, India. In 2011, he was
awarded the Doctor of Science (Honorary) Degree by his alma mater at Pantnagar.
He can be reached by calling 202-725-7409 or by E-Mailing: iasiddiqui1@gmail.com 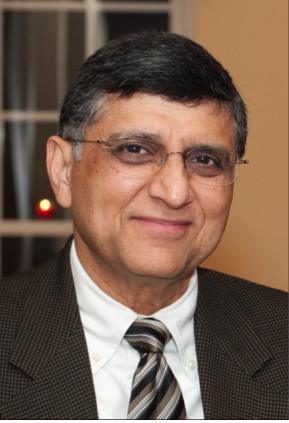 Qaisar
Shareef concluded a nearly 30-year career with Procter & Gamble in 2011. He
joined the company in 1981 in Cincinnati, Ohio and served in several roles
within the US and in P&G’s international operations in Marketing and in
General Management. Most recently, he headed up the P&G operations in
Pakistan; a role in which he served until early 2011, before returning back to
the US. He is based in the Washington DC area. He is an advisory partner to
Ward Howell International, a global executive recruiting and management
consultancy firm. He also teaches as adjunct faculty in the MBA program, George
Washington University, Department of International Business.
During his time at P&G Pakistan, Qaisar worked closely
with several non-profit organizations engaged in providing education to the
under privileged and in disaster relief. He is presently serving on the board
of HOPE USA, and Executive Committee of US Pakistan Foundation. He is also on
the Board of OPEN DC, organization of Pakistani entrepreneurs. He is serving on
the board of Transparent Hands, a crowd funding platform
that assists the underprivileged in covering health care costs. Earlier this
year he was elected president of Montgomery County Muslim Council.

Qaisar is originally from Pakistan and first moved to
Cincinnati in 1977. He has a Bachelor of Science degree in management from the
Middle East Technical University, Ankara, Turkey, and an MBA from the
University of Cincinnati, in Ohio. 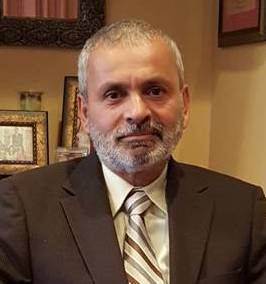 Khalid is currently the Chairman of the Board and a past President of the
Montgomery County Muslim Council in Maryland, where he has been involved with
various civic, social and humanitarian causes. In addition, Khalid works with
other social organizations particularly those undertaking humanitarian work in
third world countries.

By profession Khalid is an engineer who was trained in the United Kingdom
and has held executive level positions in the telecommunications sector. Most
recently he was based in Atlanta, where he worked on a multi-billion dollar
integration of two companies.

Khalid retired in 2008 and lives in Rockville, Maryland, with his wife,
Tahira, and they have 3 children and 3 grandchildren. He enjoys travelling,
biking, cricket and playing bridge. 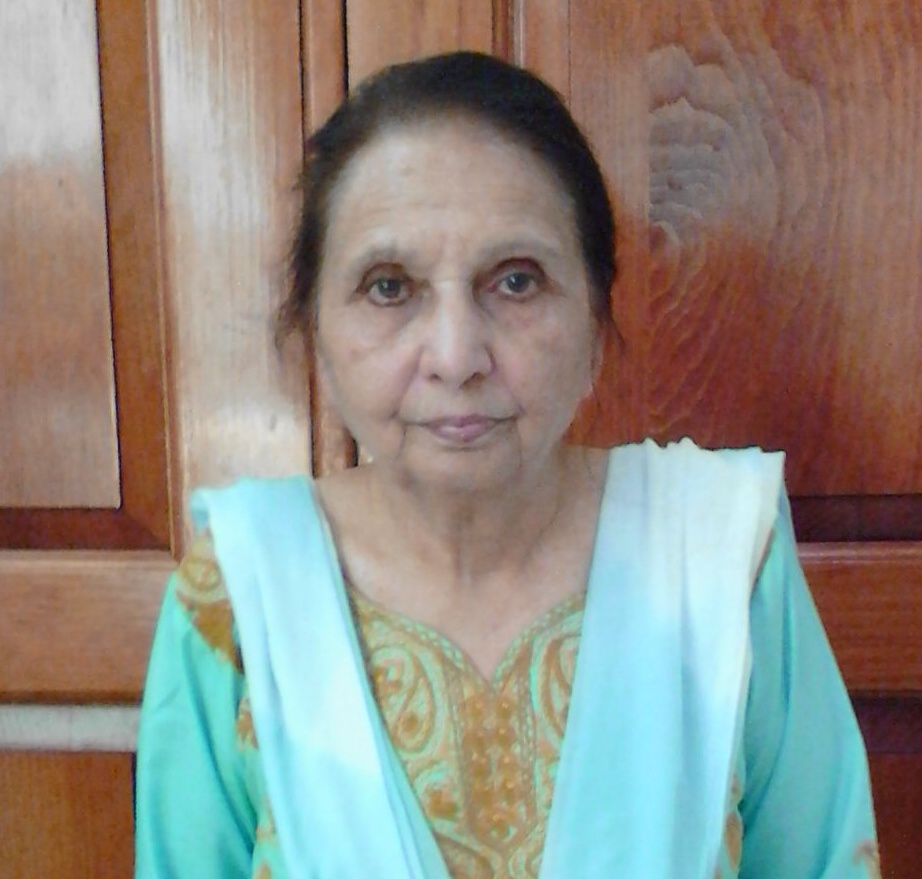 Mrs.
Ishrat Z. Husain is an economist and is currently employed in a senior capacity
at the United States Agency for International (USAID). Prior to joining USAID,
she worked at the World Bank for over 25 years in technical and managerial
positions.

Mrs. Husain was born in India. She obtained Masters Degree
and doctorate in Economics from Lucknow University, India. Later she got a
Population Council Fellowship for Post-doctoral work at Princeton University.
After completing her post doctoral work, Government of India offered her a
position of Deputy Director of a newly established Research Center at the
University of Lucknow where she directed research and taught until she joined
the World Bank in 1970.

At the World Bank, she managed large lending portfolios in
health and population. She directed Bank’s policy work in health and managed
its operations in Bangladesh, East Asia and Africa. Mrs. Husain authored
numerous reports, books and articles on economics and health issues. She is
also active in various charitable and social service organizations. 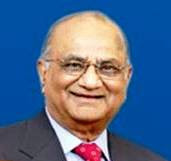 Tufail Ahmed is a leader with extensive background in community organizing and
public service. Mr. Ahmad
joined the Maryland Democratic Party and quickly became an active member of the party.
He has served in various capacities and has received many awards from the County. He
also ran for a County Council seat in Montgomery county as a candidate at Large, while he but did not win, he did garner about 10,000 votes in the election.

After the 9/11 terrorist attacks, he established the Montgomery County Muslim Council (MCMC) to get
Muslims involved in the political process and in charitable activities of the
County.  He has organized many  charitable activities from feeding the
homeless, collecting food for the Hungry, distributing meat  to hundreds of deserving families in the
County, to providing Thanksgiving Dinners and distributing Gift Boxes at the
Christmas Holidays.

Tufail further established the Montgomery County Muslim
Foundation (MCMF ) in 2009. This organization, besides carrying out all the
activities mentioned above,  runs a bus
for Senior Citizens, distributes clothing to deserving
families and also runs a Food Bank and provides groceries to about 100 persons
every month. It is all made possible by a grant from the County and donations MCMF
collects from the local community.

Tufail is also involved in enhancing dialogue
among different ethnic and religious communities within the County. Towards this
and post 9/11, he has  worked to establish an effective dialogue between the Muslim and
Jewish communities in Maryland as a part of his effort to bring the communities together.
He has received innumerable awards from philanthropic and civic organizations, including from the Governor of Maryland.

Sajid Ajmeri is a practicing
corporate attorney in the Washington, D.C. metropolitan area, where he has lived since 2005.

He attended New York University School of Law
and worked as an associate at a major New York City law firm between 1994 and
2005.

Mr. Ajmeri was born and grew up in
London, U.K., and read Modern History as an undergraduate at the University of
Oxford, Exeter College. 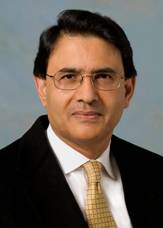 Shafiq
Khan is responsible for leading all of Marriott’s distribution channels. These
include Marriott.com—among the world’s top retail sites; Marriott’s global
reservations and contact centers; online travel agencies; global distribution
systems (GDS); and emerging online travel intermediaries which include search
engines such as Google and Yahoo and meta-search engines such as Kayak and Trip
Advisor.

Previously,
Shafiq was at US Airways, where he pioneered a series of groundbreaking initiatives which fundamentally restructured airline distribution. These include
the development and launch of the airline industry’s first online booking
product, Priority Travel Works; electronic ticketing; and various distribution
channel re-engineering projects for the corporate marketplace.

Shafiq’s prior background includes assignments at United
Airlines in marketing; management consulting with Booz. Allen & Hamilton
International; marketing and sales assignments with Pakistan International
Airlines, in Pakistan and in France.
His academic background includes an MBA from the Harvard Business School and an economics degree from
the Punjab University in Lahore, Pakistan. 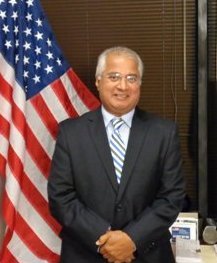 Dr.
Mike Ghouse is a public speaker, thinker, writer and a commentator on Pluralism, Islam, India, Politics and offers
pluralistic solutions on issues of the day.


He
is a human rights activist and his book “Standing up for others” will be
out soon. Mike has published over 3000 articles on the subjects. He is
producing a full feature film “Sacred” about changing perceptions about
Muslims and Muslims adopting the non-violent principles in dealing with
conflicts.  His documentary Americans
together
is also in the making.

He has appeared in over 100 shows on Fox News with Sean Hannity and on
syndicated Talk Radio shows. He writes very frequently for the Dallas Morning
News, Huffington Post, Op-ed News  and
other major news papers around the world.

He believes in active engagement with those who differ to bring about an
understanding, and further believes that if we can learn to respect the
otherness of others and accept the God given uniqueness of each one of us, then
conflicts fade and solutions emerge.


Dr. Mike Ghouse is a community consultant, social scientist, thinker, writer,
news maker, and a speaker on Pluralism, Interfaith, Islam, politics, human rights, India, Israel-Palestine and foreign
policy. He is committed to building cohesive societies and offers
pluralistic solutions on issues of the day. More about him in 63 links at
www.MikeGhouse.net and bulk of his writings are at TheGhousediary.com

Mike can be reached at Mike@AmericanMuslimInstitution.org
or calling
or texting him at (214) 325-1916 – text/talk