MENUMENU
Spread the love
We send our respectful wishes to President Carter and pray for his speedy
recovery. We also pray and wish him a longer life, and hope he can witness the
fruition of his work that he started for lasting peace in the Middle East. He
is a genuine peace maker and a blessing to the world – and the true earner of
the Nobel Peace Prize.
On August 20, 2015 – President
Jimmy Carter announced that his cancer has spread to his brain and doctors in
Atlanta found four “very small spots” of melanoma. Carter, who turns
91 in October, started receiving radiation yesterday.

Carter is one of the presidents who remained active with the American people
building homes for the poor through the Habitat for Humanity.  He was instrumental in eradication of
debilitating diseases in Africa like the guinea worm. The President traveled
around the world monitoring democratic process taking roots, and watching the
genuine voting process.

He is the most gracious
man; he kept smiling and dedicated his life for humanity.  May God bless him a long life, and let the
humanity benefit from his good work. 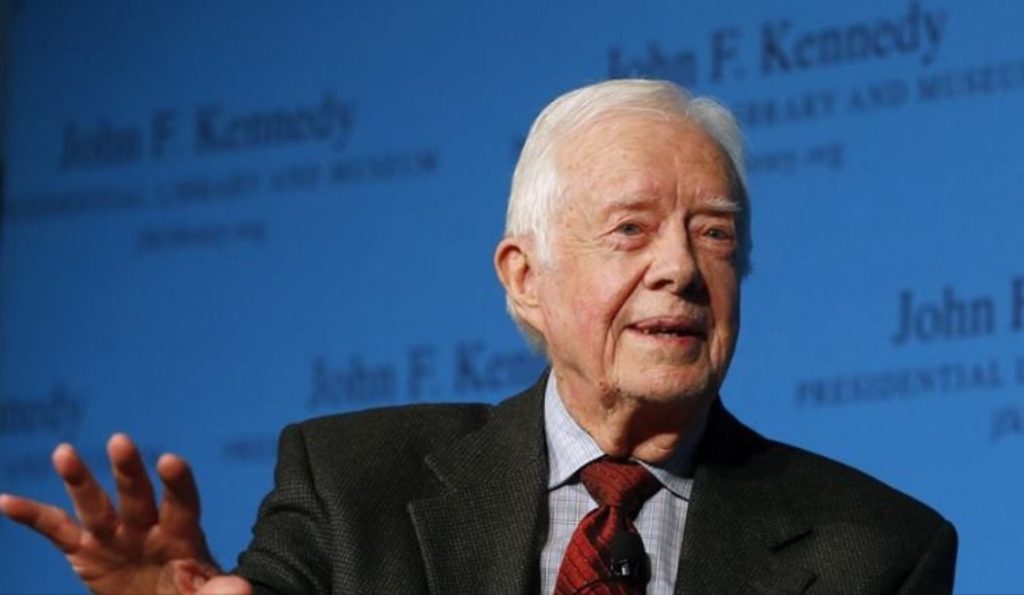